Do log on to the following link for the BBC website which gives an excellent summary of the purchase plus links to follow to giving more interesting facts about WHR.
See:  http://www.bbc.co.uk/news/entertainment-arts-32015961
Not all of these new works will be available for immediate display as some are in need of conservation work and this will give us all an opportunity to subscribe to the WHRT “Adopt a Picture” scheme whereby you can sponsor the restoration of a specific illustration.   Adoption is based on the amount of work Tramadol online info required and from the existing collection six are currently awaiting a sponsor with prices range from £130 to £280.   If you are interested in participating in this scheme then you will be credited alongside the picture whenever it is subsequently displayed –further details are available in the Gallery on a Wednesday or Saturday afternoon where you can see what is on offer and pick up a form or contact [email protected] so she can email you pictures and a form.

A valuable addition to the facilities in the Memorial Park is a set of ‘Keep Fit’ kit near the Bowling Green in the park. 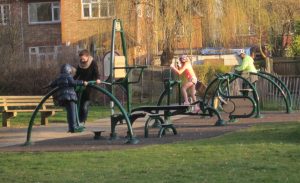 Notice from the Met Police:
Dear resident,
We have been advised of persons going door to door offering various home services.
We would like to advise all residents to be aware of who is at the door before they open it. Use a door chain and your spy-hole before doing so.
It is usually preferable to employ a company you have found yourself and to check their credentials before parting with any money whatsoever. If you are concerned about anyone offering services please call trading standards on 0208 937 5555 or www.tradingstandards.gov.uk/brent&harrow.
If you see any suspicious activity please call 101. If you want to give anonymous information to police please call Crimestoppers on 0800 555 111.

On 6-7 March, in West House, Nower Hill students mounted a most impressive show of paintings, drawings and photographs. We do have an amazing array of talent in this area. Examples below:

The variation to the Planning Application was published, but as the details were inaccessible via the web, the Association has written to the council as follows:

The Pinner Association Executive Committee discussed application P/0531/15 – 69, West End Lane, Pinner – Variation Of Condition 2 (Approved Plans) Attached To Planning Permission P/4500/14 Dated 16/01/2015 To Allow The Re-Positioning Of The Main Entrance Door On The Front Elevation At Ground Floor Level – at its meeting yesterday.  However, as the plans are still not displaying correctly (or at all) on the Harrow Council’s Planning website (the error message and page of text is all that displays) our discussion was impeded by a lack of information.
The applicants seek to move the front door for the proposed block of flats from the ground / first floor level (which would require two flights of external steps) to the lower ground / semi basement level (the level of the semi-basement car park).  What is not clear is whether the depth of this lower ground floor / semi-basement level is to be kept to that was proposed and granted on appeal under planning application  P/0905/13/4759 (App/M5450/A/13/2202336).  If the building is to be constructed with a less deep excavation to allow the slope down to the new position for the front entrance to be not too steep then a consequence will be that the ridge height of the 3 ½ storey block would be higher than that in the approved plans as shown on the file for P/0905/13?  Will this be the case?
We would be very grateful if you could arrange for the plans for application P/0531/15 to be viewable on-line and for a confirmation that the ridge height of the building will not exceed that already allowed under P/0905/13/4759.