Beware. It looks as if the speed cushions are going in. The New 20mph zone comes into force on the 17 Feb 2020. 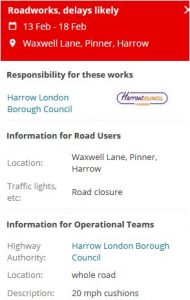 The Northern Cycle Route scheme proposals aim to provide a safer, more direct and more attractive cycle connection between Pinner, Hatch End, Headstone and Edgware.  The proposals are a mixture of segregated, advisory and quiet sections of route.

In the Pinner area the only change to the current physical roads and footways (pavements) lay out and parking restrictions would be:

The existing unregistered land connecting Woodhall Avenue, Barrow Point Lane and Barrow Point Avenue is currently used by pedestrians.  In the interest of general public, the council proposes to provide a 2.5m wide shared use footway for use by pedestrians and cycles.  Double yellow “no parking at any times” parking restrictions would be installed at the dead end of Woodhall Avenue.

The proposals include clearing off unnecessary vegetation and provide bollards to prevent vehicle access across the two roads.  The proposal will provide a key connection on the proposed cycle route connecting Pinner and Uxbridge Road. 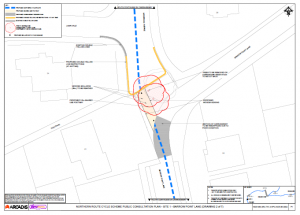 The Public Consultation continues up to the 14th of February and the link to the Harrow Council consultation website is: https://consult.harrow.gov.uk/consult.ti/northcycle/consultationHome

We are in urgent need of a New Area Leader.

Do you have some spare time to help?

The area in question covers Waxwell lane, Love Lane, Elm Park Road, West End Avenue and other roads nearby. There are twenty people in this area that act as collectors. 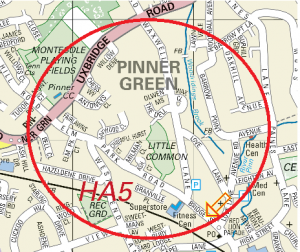 For those of you that are interested in the development of Waxwell Lane Car Park.  Attached is the latest news from the developer ACMC of the site. 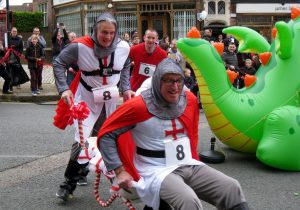 On Sunday 26th April 2020, Pinner will be celebrating St.George, slayer of dragons and the Patron Saint of England.  This event is organised by Pinner Rotary Club.

If you are interested in taking part in the anual wheelbarrow race or volunteering as a steward. Please get in touch with the Pinner Rotary Club. The good news is that the course is a lot shorter than the London Marathon.

Notice is hereby given under Rule 5 of the Constitution that the 88th ANNUAL GENERAL MEETING of the PINNER ASSOCIATION will be held in the Village Hall, Chapel Lane, Pinner, on Wednesday 22nd April 2020 at 8pm.

The Association welcomes nominations for Officers and the Committee.  These must be made in writing, supported by a seconder, having obtained the permission of the proposed nominee, and sent to the Chairman or Secretary (addresses on page 3 of The Villager Magazine) at least one week before the AGM.  Any prospective nominee is invited to email:

for further information about the role of a trustee of a Registered Charity.

It would also be helpful if any questions could be notified to the Secretary in advance.

The formal business of the AGM will be preceded by a talk on the work of the Harrow Food Bank and followed by an Open Forum.

For those of you that are interested in the development of Waxwell Lane Car Park.  Attached is the first of many news letters from the developer ACMC of the site.

David Simmonds, MP for Ruislip, Northwood and Pinner Constituency, will be holding a drop-in surgery meeting at Daisy’s in the Park, Pinner Memorial Park, on Friday 31st January from 10am to 11.30am.

It looks as if Pinner is currently the target area.

At some point between Sunday 12th January – Thursday 16th January, a burglary occurred in Athol Close. The property had been unoccupied for several weeks; the unknown suspect(s) gained entry by forcing open a rear dining room window.

At an unknown time between Tuesday 14th – Friday 17th January, a burglary occurred at an empty property in Birchmead Avenue. Entry was gained by kicking in the property’s front door.

On Thursday 16th January between 12:35pm to 12:45pm, an attempted burglary occurred in Jubilee Close. The three suspects initially rung the victim’s doorbell, and having not received a response, they attempted to force open a window to the property, before fleeing after being disturbed by the victim.

On Saturday 18th January between 06:30am – 8:45pm, a burglary occurred in West End Lane, at an address close to Hillcrest Avenue. Access was gained via a rear kitchen window.

On Sunday 19th January between 4:35pm – 10:15pm, a burglary occurred in Waxwell Lane. The unknown suspect(s) smashed the window of a rear patio door to access the property.

On Monday 20th January at 6:30pm, a burglary occurred in Eastern Avenue when the unknown suspect(s) smashed a rear window of the property. The burglar alarm’s activation is believed to have caused the suspect(s) to flee the property prematurely and empty-handed.

On Tuesday 21st January between 8:30am – 10:30pm, a burglary occurred in Athol Gardens. Again, the unknown suspect(s) smashed the window of a rear patio door to access the property.

On Thursday 23rd January at approximately 9:00pm, a burglary occurred in Bell Close after the unknown suspect(s) smashed the window of a rear patio door to access the property. 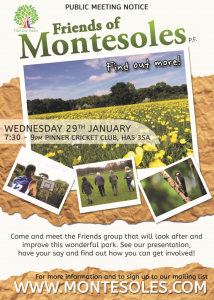