27 July saw the launch of the 2014 open air concert season when the large crowd was entertained, in proper Pinner sunshine, by the Grimsdyke Brass Band.  A great time was had by all. These concerts are organised by the Pinner Association with the local Rotary Club, any takings from the interval collection being shared between West House and the Rotary Club charities. At the first concert the collection raised some £550. 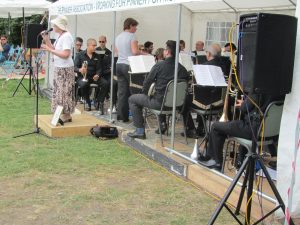 On the following Sunday the entertainment was provided by the Fats Rollini Jazz and Blues  Band.  This was received with acclaim and a strong vote for a return in 2015. Over £600 was raised in the collection. 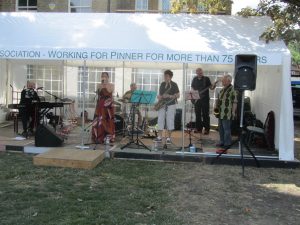 On the third Sunday we suffered the left overs of Hurricane Bertha, torrential rain resulting in cancellation of the concert in the morning only to lead to its reinstatement when the Harrow Youth Steel Band arrived in the afternoon and were able to produce their own marquee/gazebo. The band played enthusiasticallyuntil after 5.30. As you will see it attracted 2 or 3 hundred stalwarts, some of whom were seen enjoying their ice creams. Despite the weather some £120 was raised in the collection. 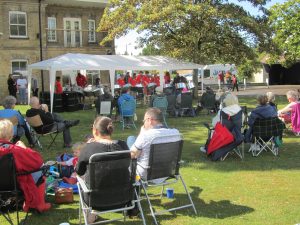 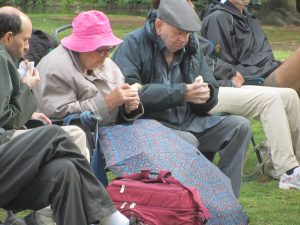 On the fourth Sunday, despite the threatening weather, which must have deterred many regulars from attending, we were treated to a wonderful performance of swing by the Stardust Big Band.  The suggestion that they should return next year was applauded enthusiastically……… 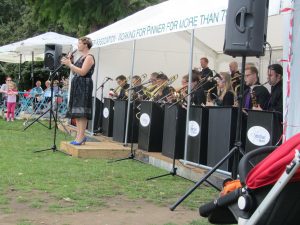 and certainly appreciated by young and old. The collection totalled over £400, despite the poor weather. 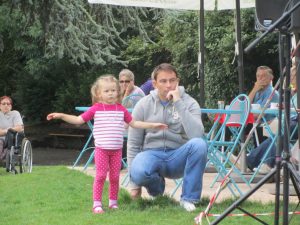