The Mayor of Harrow, Cllr Ghazanfar Ali, was at the top of Pinner High Street at 4.45pm on Thursday 25th November to officially turn on the lights of the Pinner street Christmas trees in a small ceremony arranged by Cllr Norman Stevenson (Pinner Ward) to support the new “Visit Pinner” organisation which is aiming to support the independent traders in Pinner. 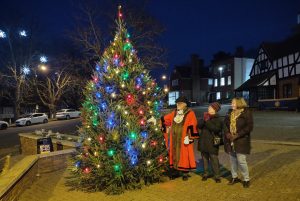 The Mayor made a short speech in which he praised the community spirit in Pinner and thanked The Pinner Association for organising and sponsoring, with some assistance with the funding from Harrow Council, the festive street lights and street Christmas trees in Bridge Street and the High Street.  He hoped the festive lights and Christmas trees would lift the spirits of all who see them and wished everyone in Pinner a “Happy Christmas”. 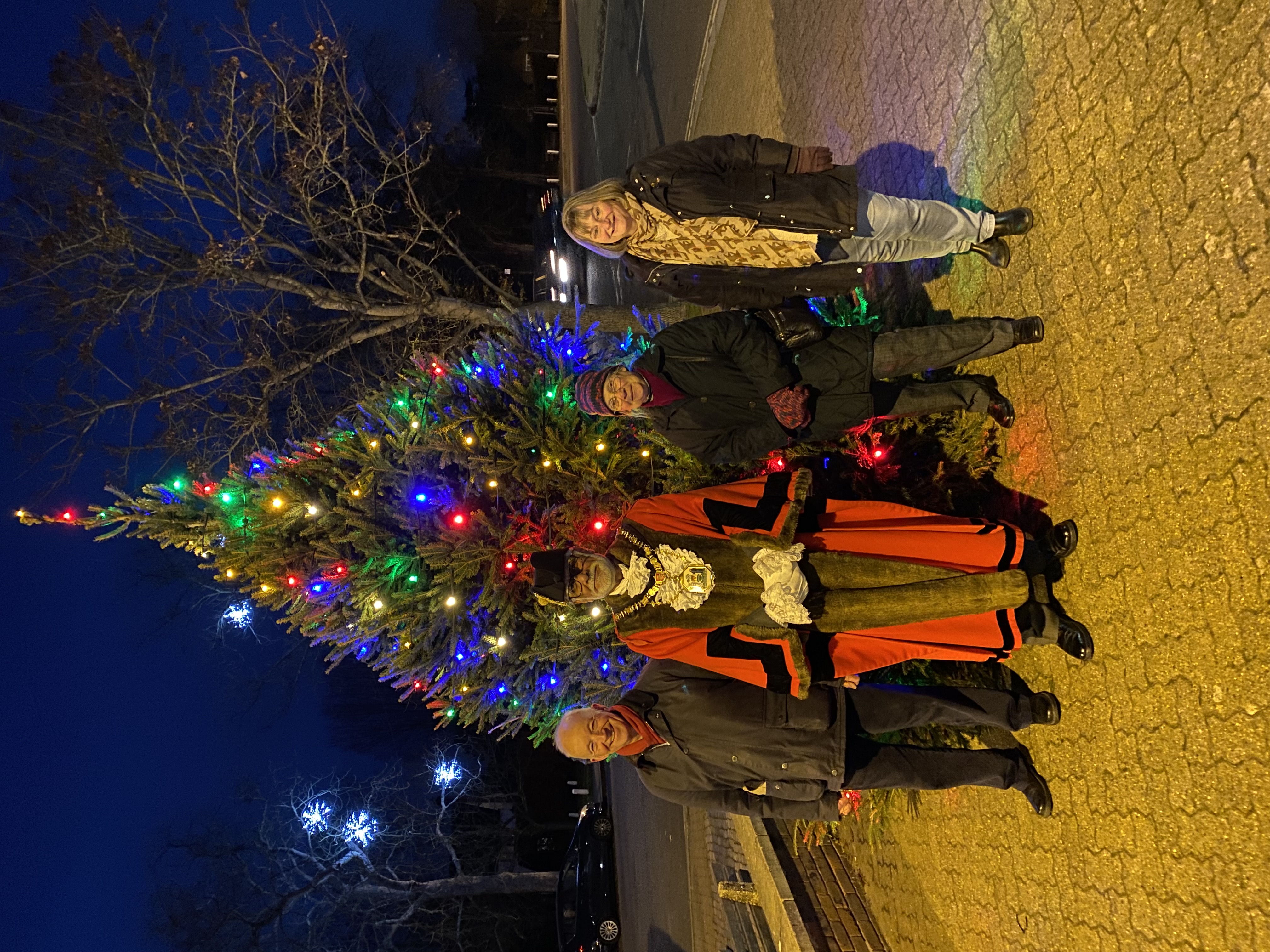 The Mayor with Tim Owen, Ruth Boff and Alison Whitehead of The Pinner Association Committee. 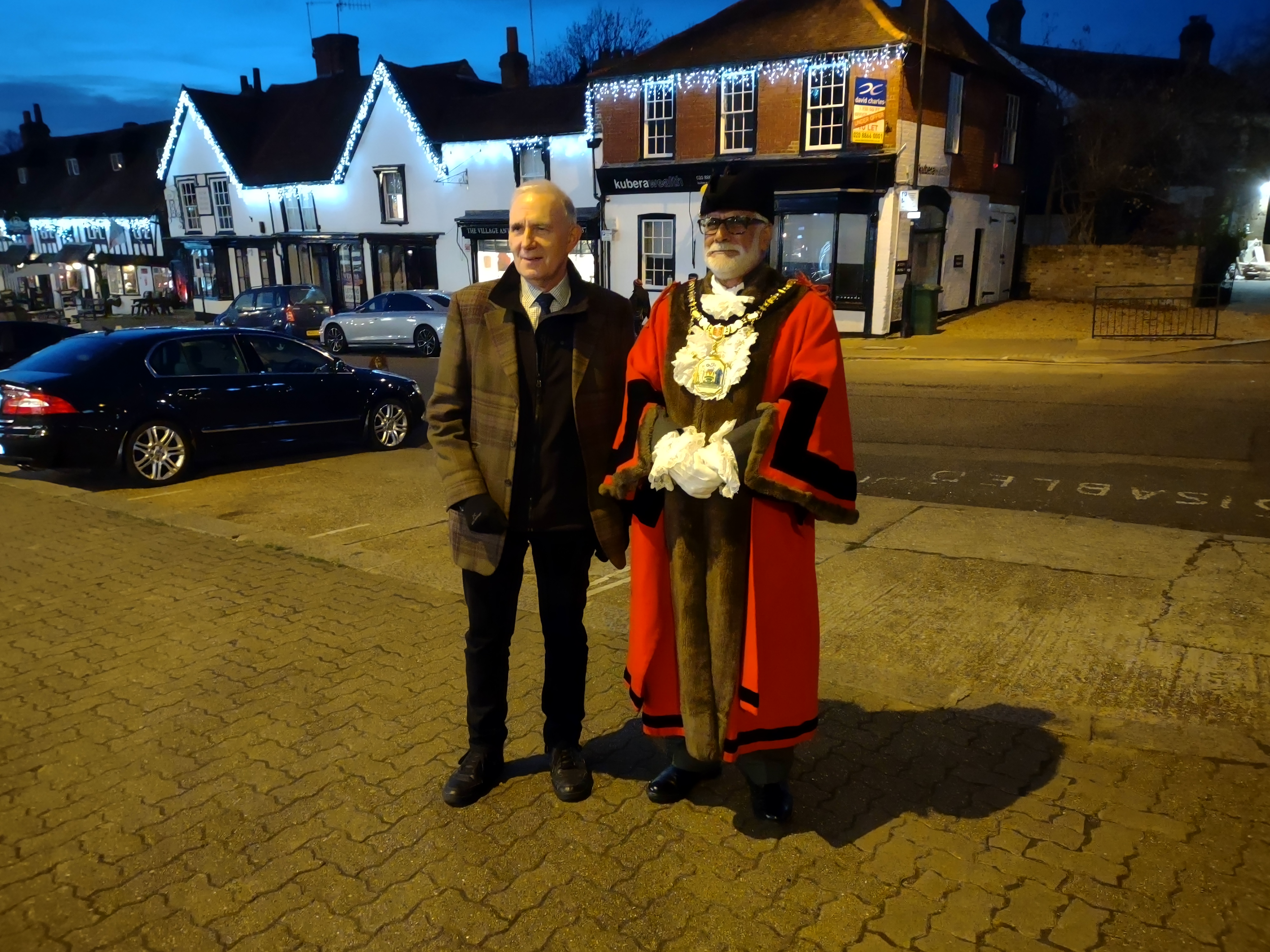 The Mayor and Cllr Stevenson with a background of the High Street Festive lights. 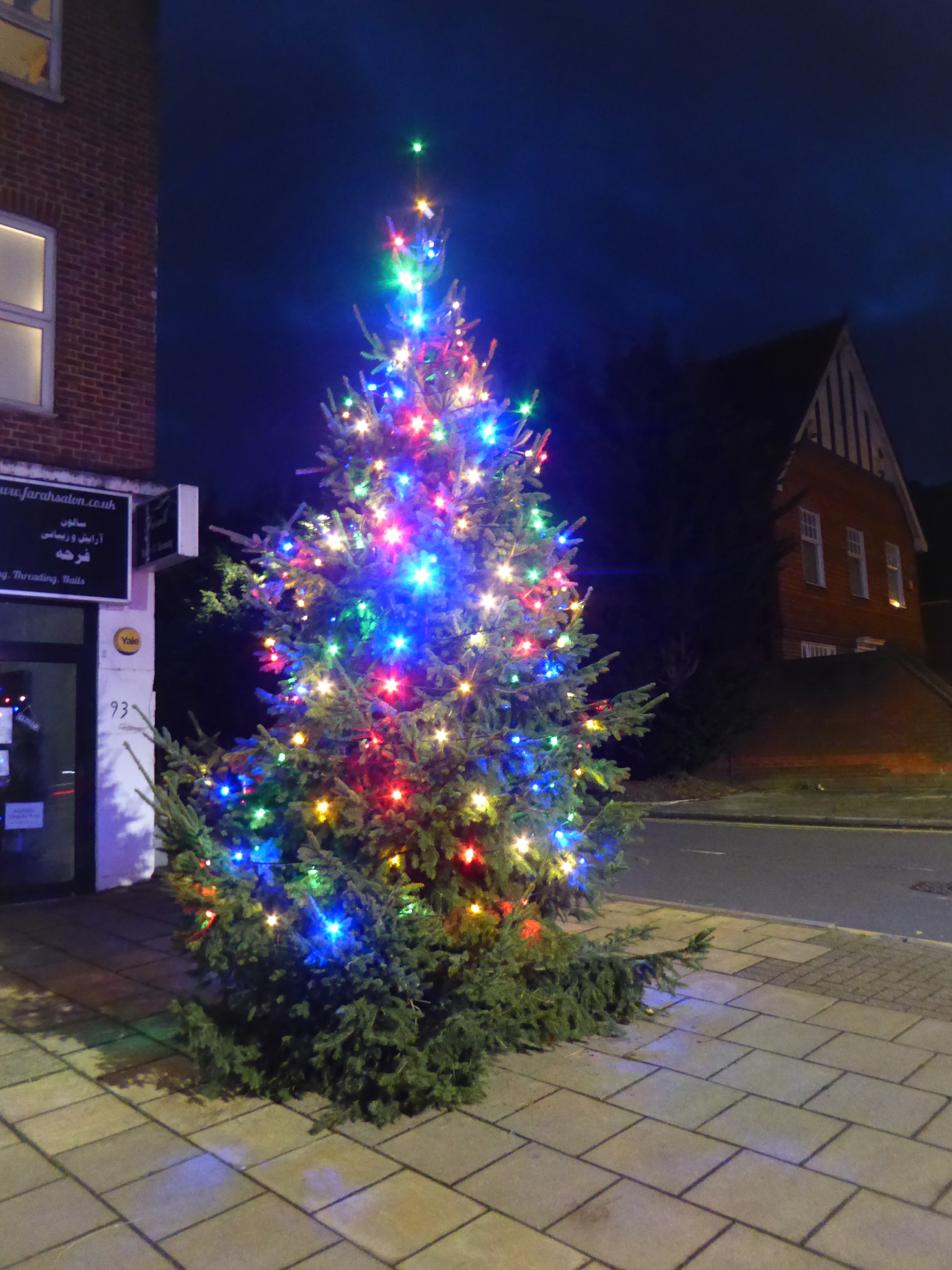 There is no “Panto Evening” being held in Pinner this year, so there will be no entertainments, attractions or other stalls in either the High Street or Bridge Street on the evening of the 25th November.

Alice our roving reporter who gathers the information for Talking Shops is effectively in lock down at the moment.  We need a new person, or people, to find out what is going on in our local shops and businesses for The Villager magazine.

What does it involve?

Visiting the local independent retailers and finding out what they are doing now and their plans for the future.  Taking a couple of photo’s with their permission and writing some copy for the magazine.

There are mainly three locations that need to be covered.

Are you able to help with any of these areas?

We wish to inform you that the London Borough of Harrow is undertaking statutory consultation on proposals to introduce Waiting and Loading restrictions in various streets within the borough.

Copies of the proposed Traffic Order, Notice of Intent and plans are attached or can be viewed on the Traffic Order page of the Harrow Council website at www.harrow.gov.uk/trafficorders or in Greenhill Library, Perceval Square, College Road, Harrow, HA1 1GX between the hours of 10am and 6pm Monday to Saturday.

Should you have any questions relating to this scheme please contact the Transportation Team at [email protected].

A BIG thank you to Caroline and Geoffrey who had to jump through many hoops to organise this. To our members, we are sorry that The Villager magazine is delayed this month. We have had a few technical issues getting this edition out. 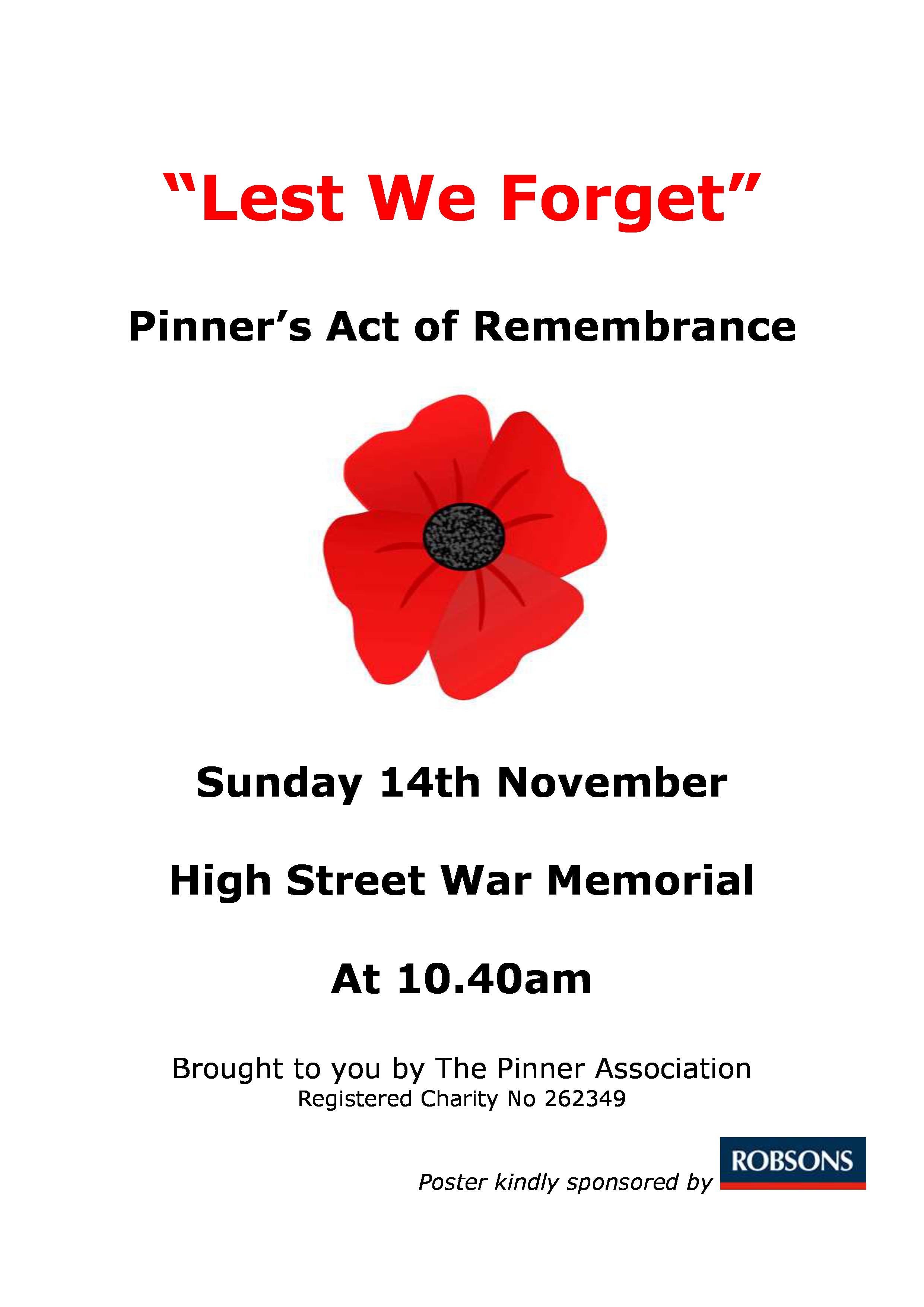 The eagled eyed amongst you might have noticed on the 2 November that the festive lights were on in Pinner. If you are wondering why!

We thought this year it would be good idea to have then up and switched on for the start of Diwali.

May we wish you a Happy Diwali.

The lights are planned to stay up until the 5 January 2022. 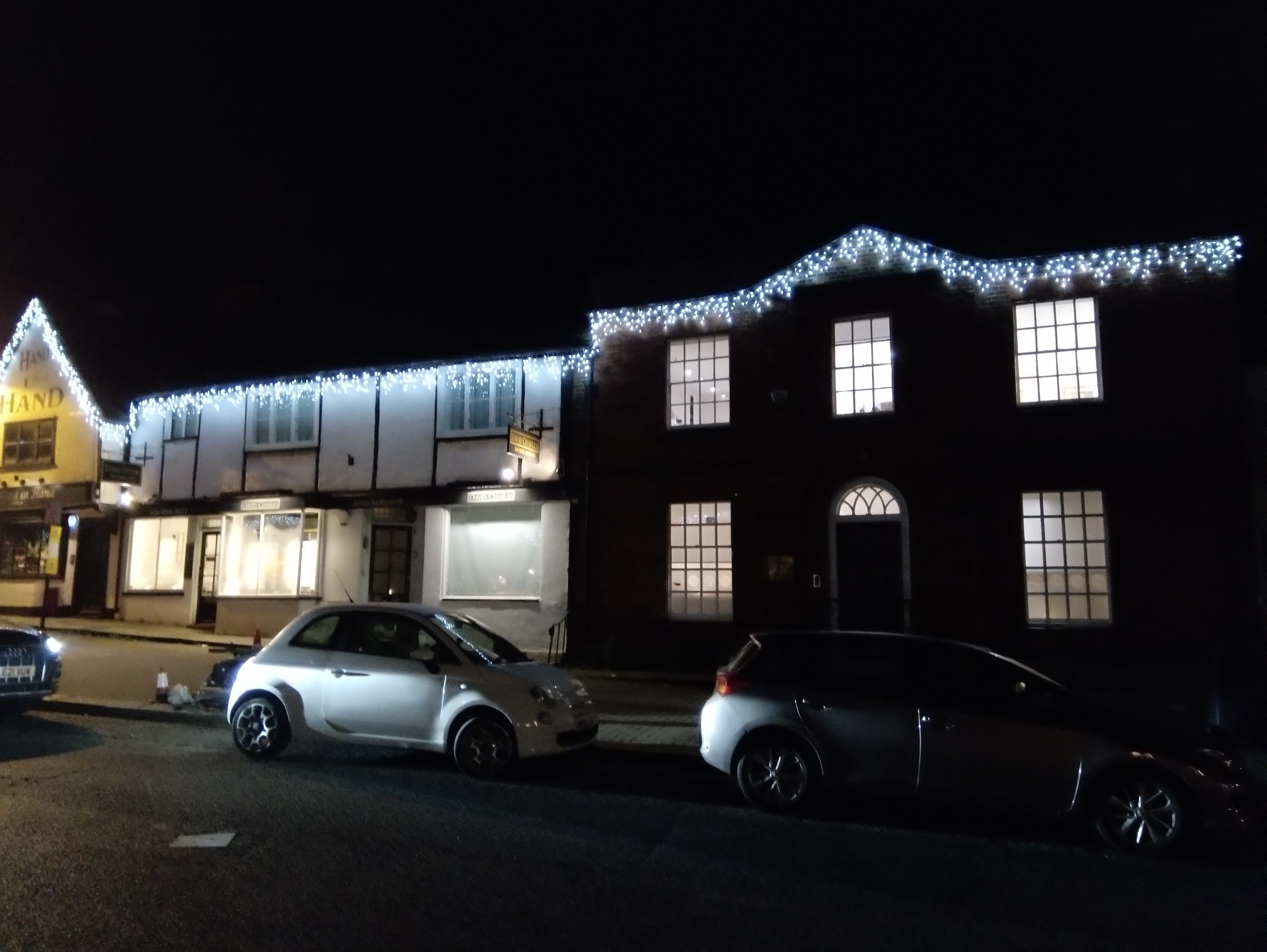 St Luke’s Hospice are looking for Santa’s to take part in thier Santa Dash. 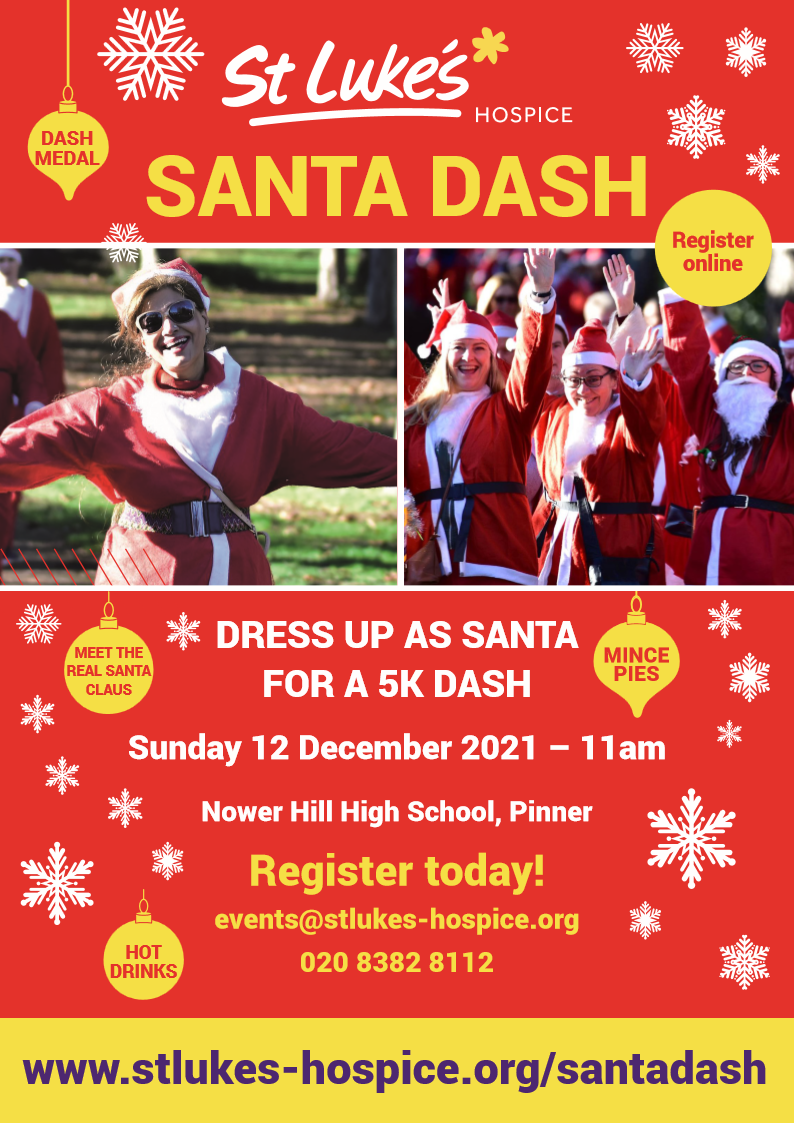