On 24th November crowds thronged into Pinner to mark Pinner Panto evening.  Great fun for all ages.  It was rounded off with fireworks. The display was spectacular. 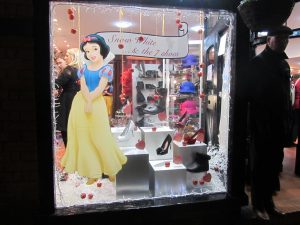 Larger numbers than ever assembled at Pinner War Memorial on 13th November to mark Remembrance Sunday when the usual annual multi-denomenational service was held.

On 1st November 2011  the Mayor of Harrow performed the annual ceremonial Act of Remembrance at the Dove of Peace in Pinner Memorial Park. Some 90 students attended from West lodge Primary School and subsequently toured West House to view the Shrine and Books of Remembrance.

As the Met launches its seasonal awareness campaign, new data demonstrates how Londoners become more vulnerable to burglars during the winter months. Last year offences increased by one third [34 per cent] between November 2010 and February 2011 [average 194 offences per day] compared to April to August 2010 [average 145 offences per day].
As evenings get darker, burglars are on the prowl for valuables and cash, recognising that homes tend to be getting ready for seasonal celebrations and may have gifts and items around and on display. During this period, properties remain in darkness for much longer periods which make them easier to target, especially if there are no obvious signs there is anyone home.

Close and lock all your doors and windows, even if you are only Tramadol Australia online drugstore going out for a few minutes.
Make sure you do not leave your car keys, valuables or ID documents near a door, letterbox or window.
Leave some lights on if it will be dark before you get home
Mark or etch your property with your postcode, house or flat number or the first three letters of your house name. While prevention is vital, the MPS recognises the need to target known or suspected burglars and is constantly working across many fronts to increase its effectiveness in tackling burglary.
We use the national fingerprint identification database and extensive DNA procedures to raise the number of offenders identified through forensic intervention at all burglary scenes.

For more crime prevention tips and advice on how to make your home secure visit http://www.metbumblebee.org  and www.immobilise.com.