On April 16 the Pinner Association held its AGM, which followed its usual course and was followed by a “Save our Shops ” presentation by Kara lines and Amina Sadiq of the Pinner Independent Traders’ Association (PITA) who presented their Pinner Pledge which  all were urged to follow. 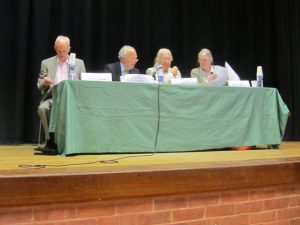 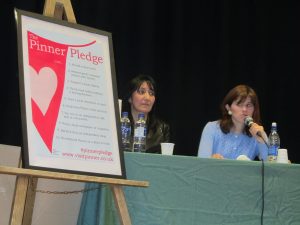 For more information about PITA and the Pledge etc see www.visitpinner.co.uk or if you twitter go to @visitpinner.

In the Open Forum there was yet more discussion about ‘Turning Right’ (No political implicatioms!) at the Pinner Green cross-roads, when it emerged that the confusion was due to the one time arrows on the road having been initially wrongly located – hence not following the safer method  recommended in the Highway Code. See March  2014 edition of the ‘Villager’ magazine (p33)